These days, with fake news and other types of disinformation on the rise, it’s becoming increasingly difficult to know which information to trust.

VRT, the public broadcaster for Belgium’s Flanders region, takes its job of guaranteeing reliable, independent and objective news very seriously and is known for its proactive work on combatting fake news.

As part of their ongoing efforts, VRT reached out to November Five to help them develop concepts for solutions to engage audiences with the topic of fake news.

To build a strong foundation for the project, we carried out extensive research, involved experts in the field, and organised focus groups that would provide valuable insights. We then worked together with VRT towards a series of solutions that would resonate with the most susceptible audiences.

‍Read on to see how our strategy work helped VRT to advance in their fight against fake news, and contributed to the creation of a chatbot that helps users to evaluate a news story themselves, by asking critical questions and thus contributing to their media literacy. 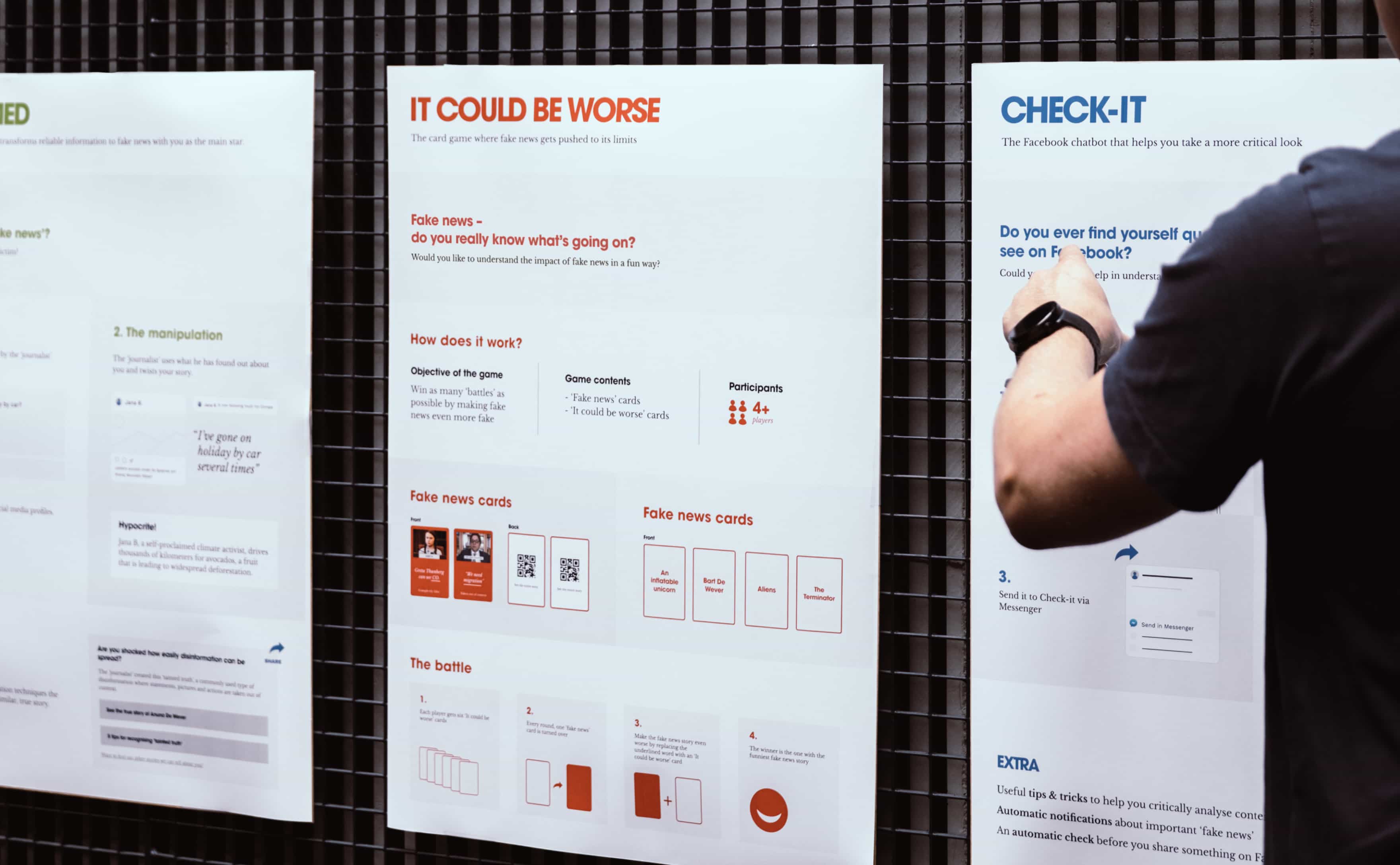 ‍Understanding the scope and threat of disinformation

While most of us have heard of fake news, some other forms of disinformation are less well known. To make sure we fully understood the scope and threat, we carried out extensive research on the topic and spoke to a series of experts.

Disinformation – which can take many forms, including fake news, explicit propaganda, clickbait, generalisations, or taking information out of context – can not only erode trust in institutions and the media, it can also harm democracies by making it difficult for citizens to take informed decisions.

In Belgium, although trust in the media is still high, we’re starting to see disinformation infiltrate the media landscape, like in the example below.

Who is most susceptible and when?

Although any of us can become victims of disinformation, the experts we spoke to explained that the 15–24 age group is at most risk. So what’s special about how this audience consumes news and information?

The four distinct ‘news moments’ identified, and their frequency, gave us clues as to why young people may sometimes be more or less critical of the information they consume.

Through workshops with the VRT team and an expert from the Artevelde University of Applied Sciences, we discovered that different mindsets, motivations, channels and topics during each of these moments help explain differences in critical thinking when faced with disinformation.

By synthesising our insights, and validating them with dedicated focus groups, we realised that disinformation poses the biggest threat during time-filler moments – during these periods, young people are often browsing social media platforms to decompress, and see news (and fake news) items blended with entertainment and trivia.

Based on this, the project team concluded that empowering young people to be more critical in these particular moments would have a significant impact.

To bring together everything we had discovered and work towards our goal, we organised a full day of creative thinking with a multidisciplinary team. Our ‘museum approach’ saw us work through cycles of inspiration and co-creation to rapidly come up with different solutions.

Everyone presented inspiring examples of existing anti-disinformation initiatives. The goal was to kick-start a creative co-creation phase where duos would explore new ideas together.
‍

Each duo put their ideas on the wall and presented them. This led to our second co-creation phase where the duos used other teams’ ideas for inspiration and to create variations.
‍

Lots of great ideas were taking shape, so it was time to select three and develop them further in the last co-creation phase.

By focusing on VRT’s overall vision, our product strategy work served as a solid foundation for co-ideating both digital and non-digital solutions that would help them meet their goal of raising awareness around the topic of disinformation.

Together in the co-creation phase we came up with 15 high-level concepts that – thanks to our work with focus groups and the results of surveys we carried out – we were confident would appeal to the target audience of 15–24 year olds.

Among the concepts we explored in more detail were:

While all 15 concepts had the potential to really engage young audiences around the topic of disinformation, two really stood out to VRT: the chatbot and the card game.

VRT went on to launch a COVID-19 chatbot on Facebook that guides users in evaluating the credibility of news stories themselves by asking critical questions – valuable skills that will contribute to their media literacy in general.

And the ‘It could be worse’ card game will be available in stores later this year.

Great examples of how our digital (and non-digital) product strategy can help companies like VRT find winning concepts! 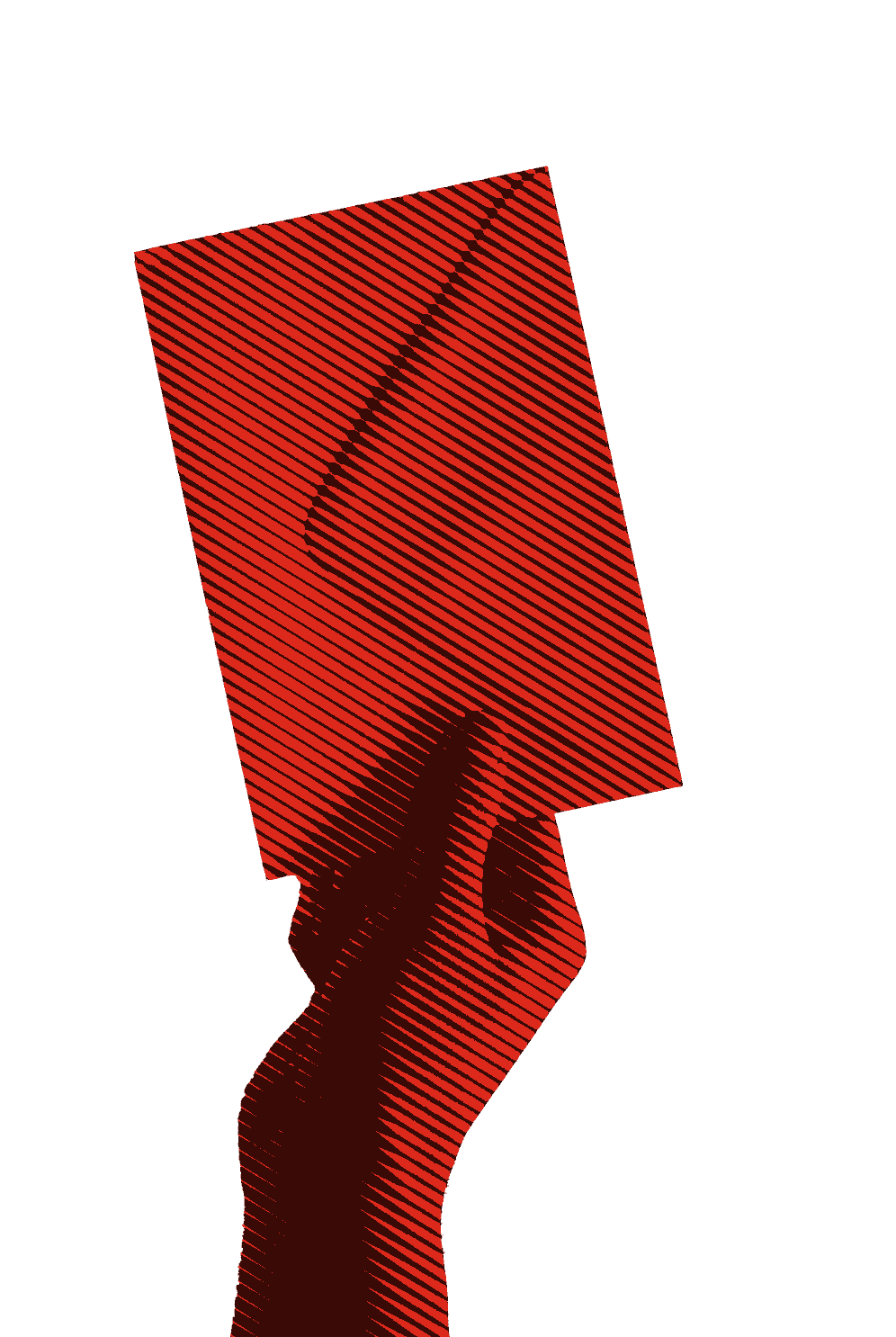 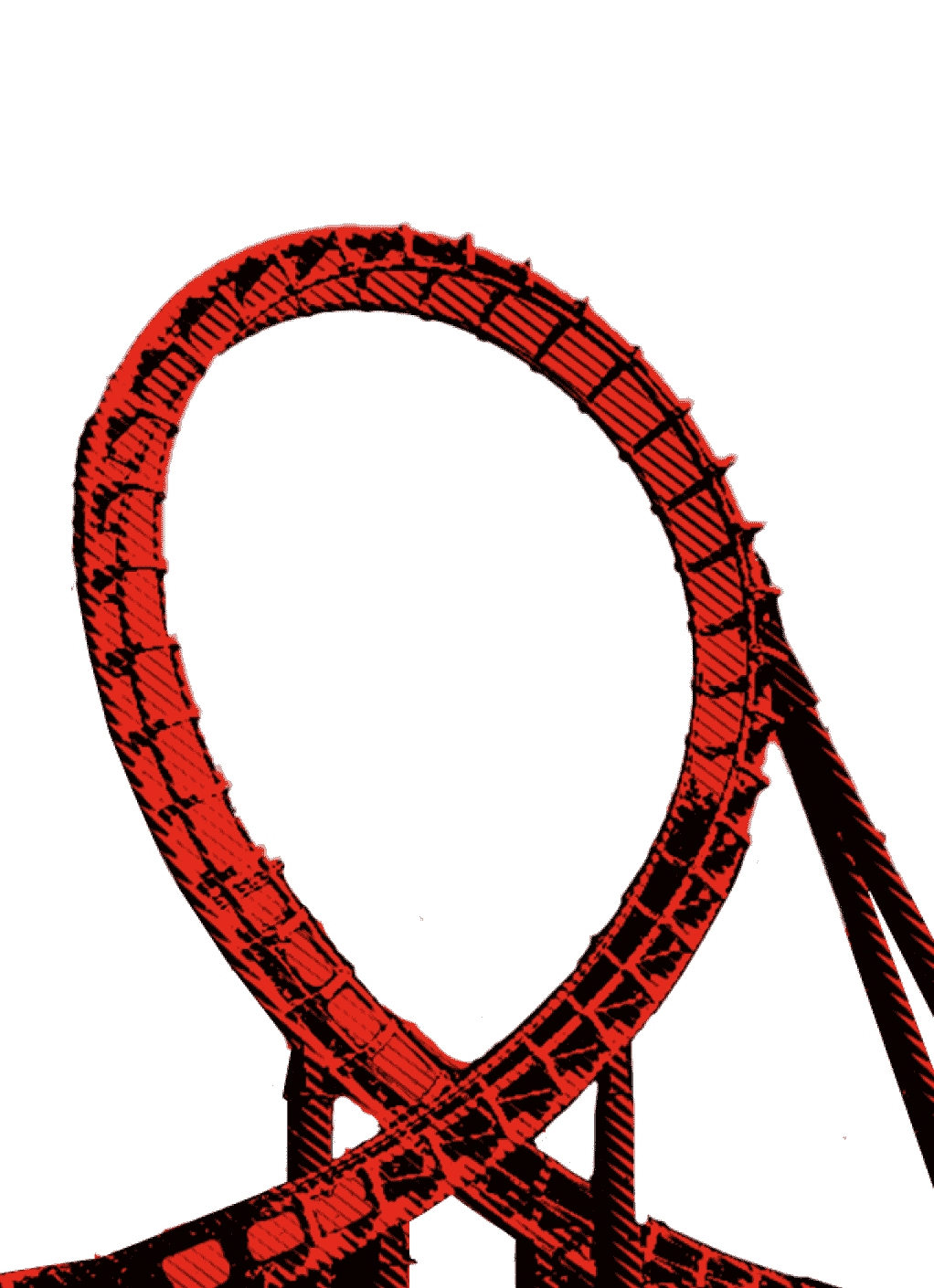 discover
more of our cases