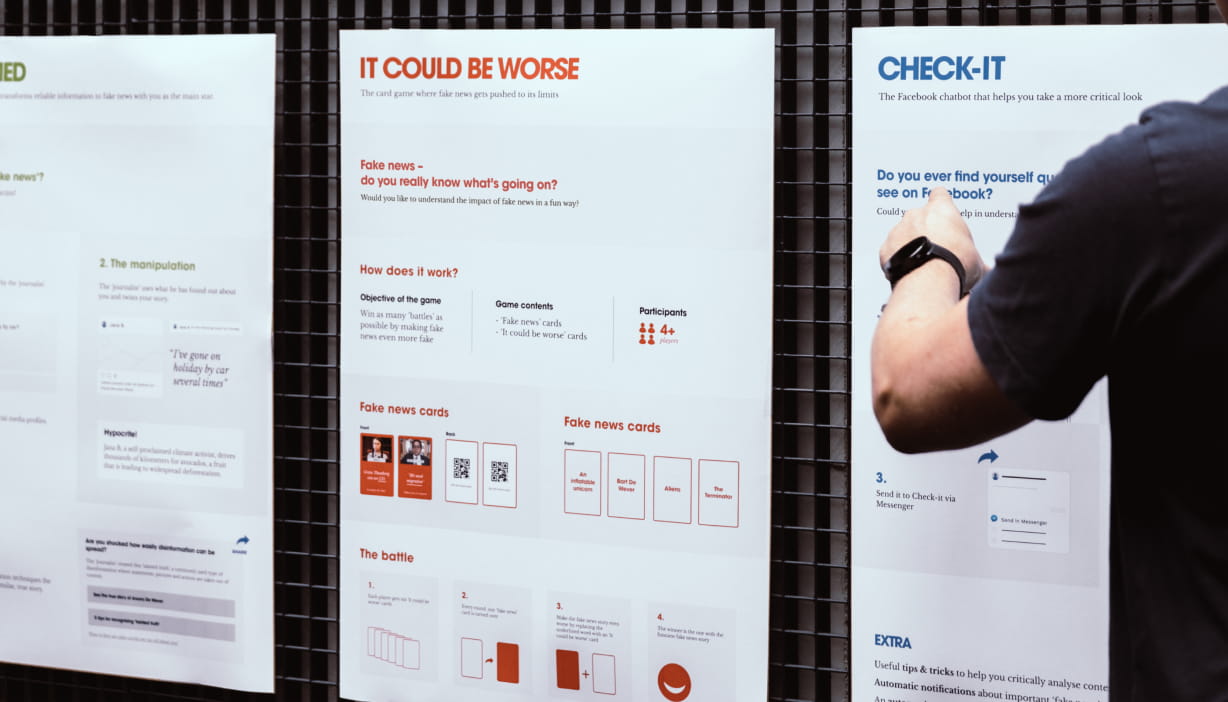 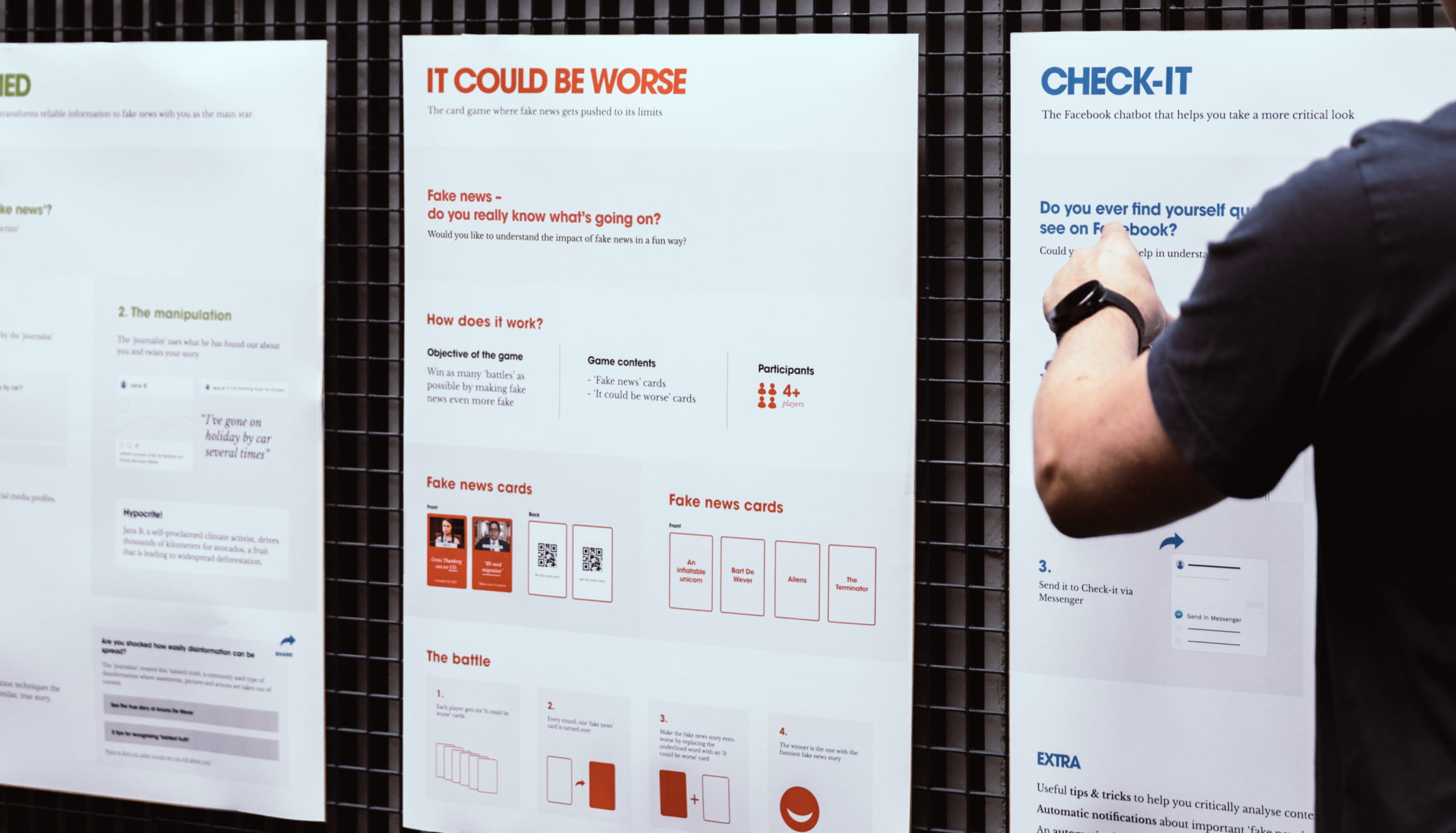 VRT is the national public-service broadcaster for the Flemish Community of Belgium. Its mission is to inform, inspire, connect its audiences through the content it provides on radio, TV, and through various other channels. It is committed to providing impartial, independent and reliable news and is well-known for its proactive work on combating ‘fake news’ and other kinds of disinformation.

When BBC Future Now interviewed a panel of 50 experts about the ‘grand challenges we face in the 21st century’, many named the breakdown of trusted sources of information as one of the most pressing problems.

Disinformation – which can take many forms, including fake news, explicit propaganda, clickbait, generalisations, or taking information out of context – is clearly on the rise, and it’s becoming increasingly difficult to tell fact from fiction.

In Belgium, although trust in the media is still high, disinformation is starting to infiltrate the media landscape. Flemish broadcaster VRT is on a mission to raise awareness of the problem and help people recognise fake news.

As part of their ongoing efforts, they reached out to November Five to help them engage with audiences on the topic and encourage a more critical analysis of information.

Co-creating concepts to engage with the most vulnerable audiences

To focus our efforts where they are needed most, we carried out extensive research together with the VRT team and sought expert advice from Artevelde University of Applied Sciences. We discovered that 15–24 year olds are the most vulnerable age group, and that it’s during ‘time-filler’ moments (i.e. browsing information distractedly) when they have the most trouble recognising disinformation.

Having validated our findings with focus groups and through surveys, we then worked together with VRT to elaborate a series of creative concepts that would resonate with this young audience and help them be more critical of the information they consume.

In total, our multidisciplinary team came up with 15 engaging concepts, both digital and non-digital. Of these, VRT went on to bring two concepts to life: a Facebook chatbot and the ‘It could be worse’ card game.

“It’s always a great experience to work with a like-minded, passionate team who’s ready to crack a tough challenge by combining their media expertise, user research and technology.”

A multidisciplinary team to brainstorm concepts that went beyond digital

15 concepts to combat fake news, 2 of which have been brought to life

In order to develop effective concepts to raise awareness about disinformation, we first had to identify our main target audience and gain a deeper understanding of their habits and behaviours.

The experts we spoke to explained that, while the 15–24 age group is in general most vulnerable to fake news, the risk is not always the same. Studies from the VRT’s intelligence unit and news organisation Reuters show that there are identifiable moments when young people may be more or less critical of what they consume – from less frequent ‘dedicated’ news consumption to more frequent ‘time-filler’ moments.

Based on our research and feedback from focus groups, the project team concluded that empowering young people to be more critical during time-filler moments would be the most beneficial. 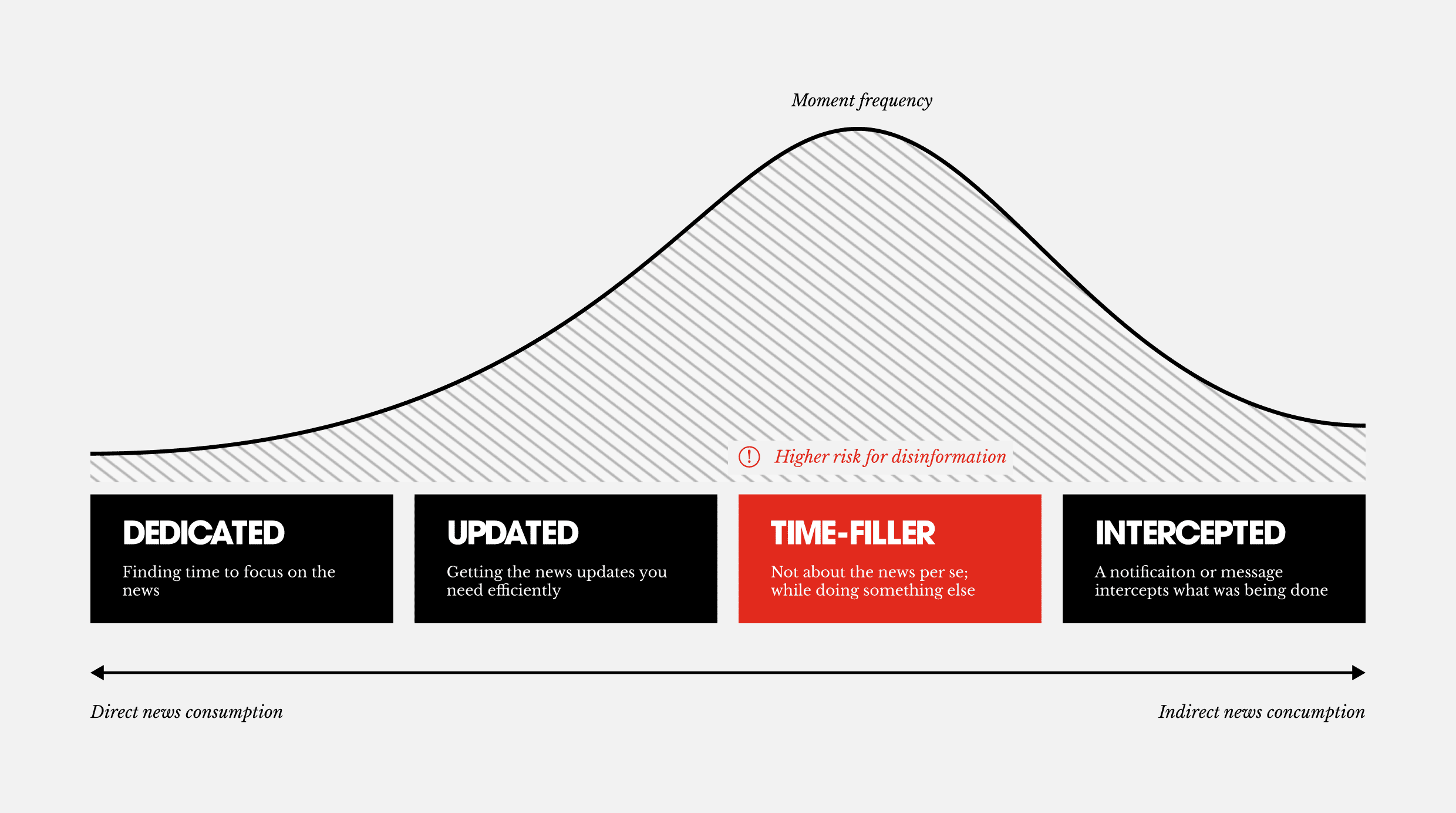 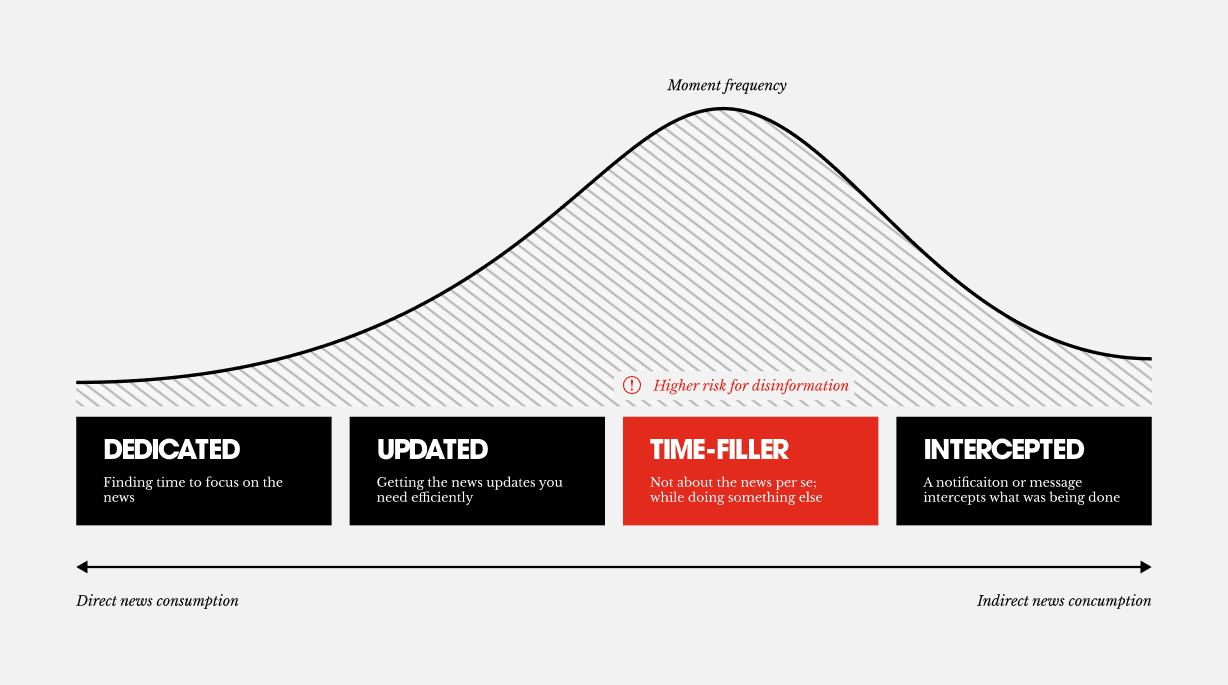 A multidisciplinary team to brainstorm concepts that went beyond digital

Keeping VRT’s overall vision firmly in mind, we organised a full day of creative thinking with a multidisciplinary team to come up with a range of engaging concepts targeted at 15–24 year olds.

To structure our work, we used a ‘museum approach’: three cycles of inspiration and co-creation to rapidly come up with different solutions and move forward with the best ones. 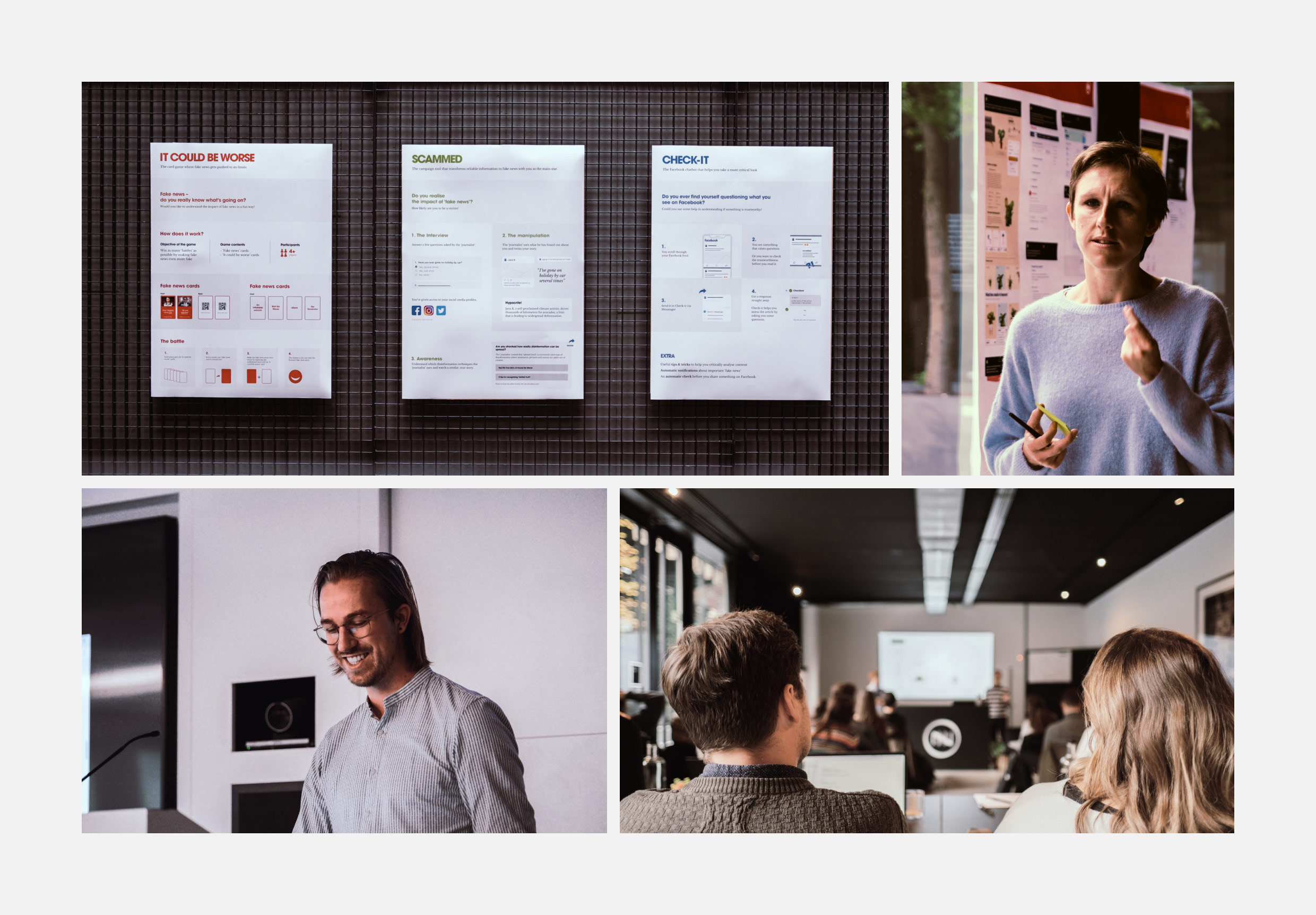 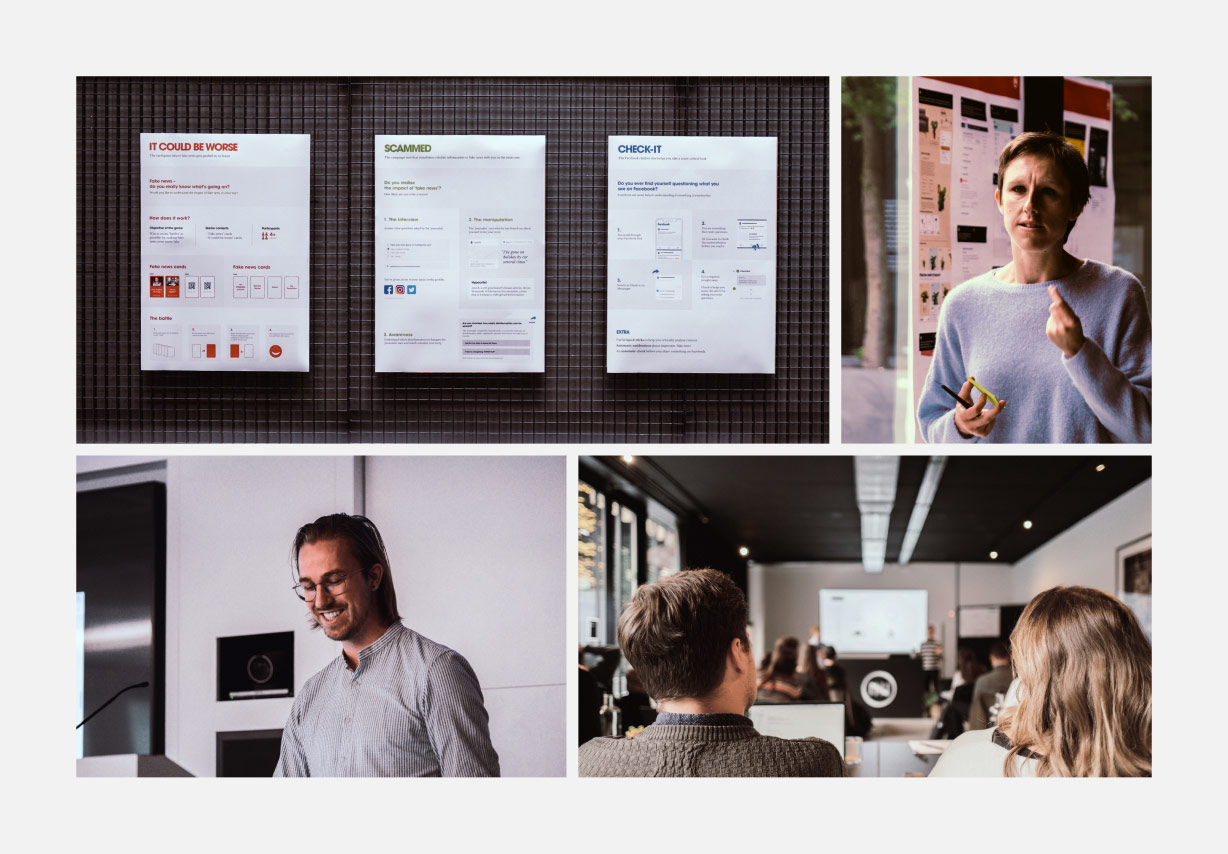 15 concepts to combat fake news, 2 of which have been brought to life

During our co-creation phase, we came up with 15 high-level concepts that – thanks to focus group work and survey – we were confident would appeal to the target audience of 15–24 year olds.

While all 15 concepts had potential, two really stood out: a Facebook chatbot that would help users spot fake news; and a card game where players would have to make some ‘real’ fake news stories even faker.

VRT went on to bring the two concepts to life. They launched a COVID-19 Facebook chatbot that guides users in evaluating the credibility of news stories themselves by asking critical questions, while the ‘It could be worse’ card game will be available in stores later this year.

Looking to create a digital product vision to help meet your challenges and seize opportunities? 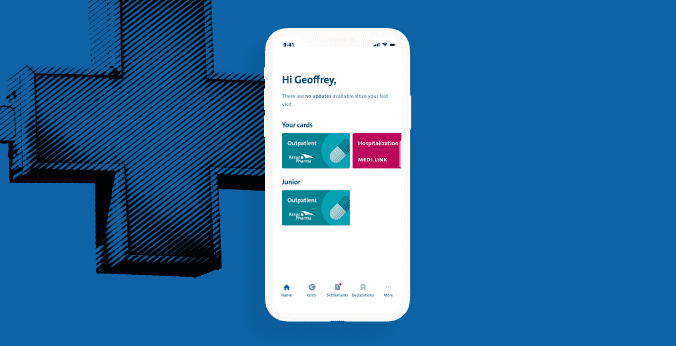 We translated insurer Vanbreda’s client-centric strategy into a powerful app with an intuitive experience for both customers and employees.

We translated insurer Vanbreda’s client-centric strategy into a powerful app with an intuitive experience for both customers and employees. 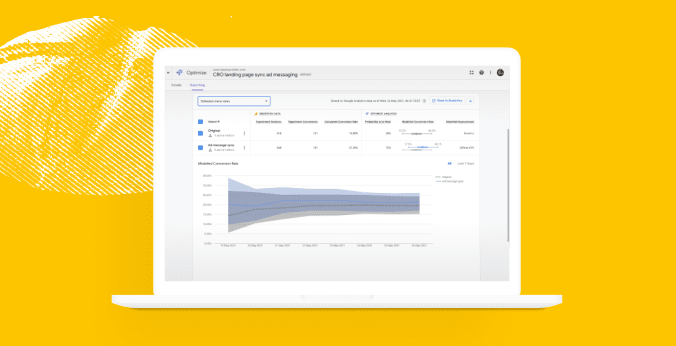 216% uplift in conversions through data-driven experimentation

Together, we used our rapid-experimentation methodology to pinpoint product improvements for LPQ’s e-commerce platform with the highest ROI.

216% uplift in conversions through data-driven experimentation

Together, we used our rapid-experimentation methodology to pinpoint product improvements for LPQ’s e-commerce platform with the highest ROI. 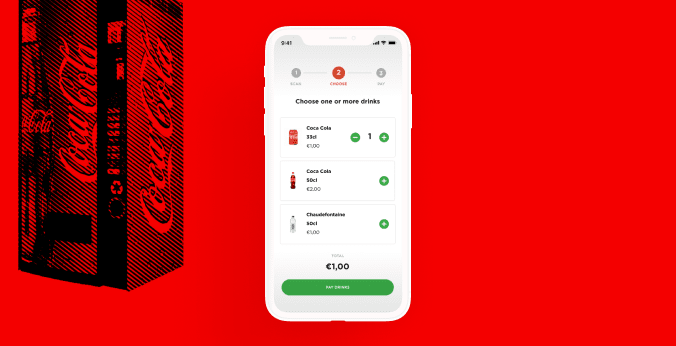 Together, we defined and designed a low-touch payment solution to make conventional vending machines more safely accessible in COVID times.

Together, we defined and designed a low-touch payment solution to make conventional vending machines more safely accessible in COVID times. 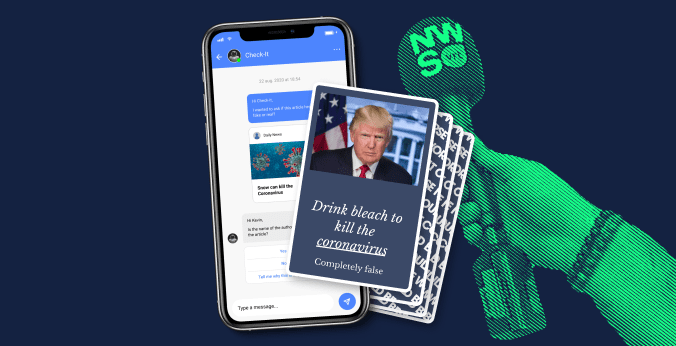 We combined user research with our media and technology know-how to translate VRT’s mission to fight disinformation into inspiring concepts.

We combined user research with our media and technology know-how to translate VRT’s mission to fight disinformation into inspiring concepts.